skip to main | skip to sidebar

Cambrionix latest blog piece discusses the benefits of deploying mobile devices in healthcare and how they improve the experience for everyone involved, including patients, their friends and family, and the hospital’s management team. 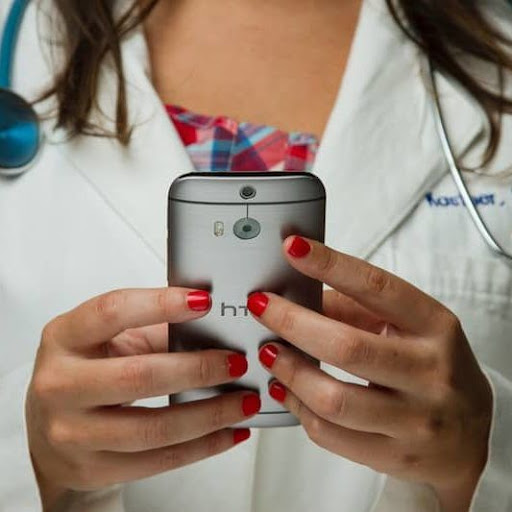 How To Fix ATMs!

In this video, ABI staff are talking to a multinational company specializing in banking automation systems. In this short video recorded during the Teams meeting with the client, Mohneeb Ahmed shows how legacy #ATM control boards can be tested and diagnosed from the edge connector before being powered up to run I/O and power rail tests, boundary scan test on their Altera chips and finally drill into other logic and analog devices including discrete components if required. 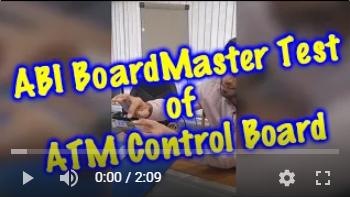 With theatres striving to create breath-taking spectacles and leave the audience gasping for more, there is often world-class engineering behind the scenes. A British company is developing technology to ensure safety when excited performers and heavy machinery share the same space.

If live theatre is to compete with film and television, it has to produce visual spectacles to complement the performance of the actors, singers and musicians on stage. Hollywood’s increasing reliance on CGI (computer generated imagery) has upped the ante for stage set designers, who have to work before a live audience, in restricted space and with a constant eye on the safety of the many people working frantically round the set.

Many stage props and almost all of the backdrops are lowered onto the stage from the fly tower just behind it. Usually this is done quickly between scenes, but sometimes it is during – and as part of – the actual performance. Either way, safety and reliability are essential.

“Until recently, the sets were manually controlled with a technical stage manager watching everything from the wings and giving instructions by radio to the winch operators above.” explains Tony Ingham of Sensor Technology who is helping to introduce safety systems and automation to the theatre industry.

“Speed is of the essence during scene changes, but you have to be confident the winches won’t fail – which could easily damage the set or injure a person.”

Sensor Technology is achieving this using real-time load signals from each winch. The data is monitored by a computer in the control room so that instant action can be taken if any loads move out of tolerance.

...  MegiQ RF tools! Professional and affordable RF development tools which deliver easy and reliable measurements for developing and verifying wireless communication and IOT devices. MegiQ tools and accessories cover microwave frequencies up to 6GHz and are suitable for most wireless systems. 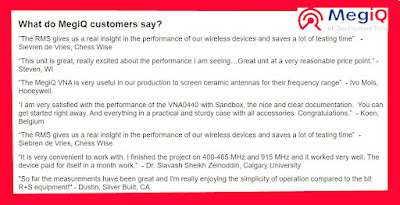 http://www.saelig.com/category/megiq.htm
Posted by Alan at 10:46 AM No comments:

In our latest Newsletter ...

http://www.saelig.com/news/newsletters/saelig-091421-newsletter.pdf
Posted by Alan at 11:00 AM No comments:

When components or modules become unavailable ... 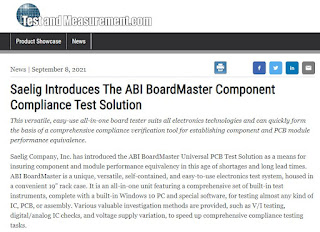 DMMs can do statistics!

Siglent’s digital multimeters offer 4½, 5½ and 6½-digit resolution with up to 35ppm DCV accuracy and powerful features at an excellent price. SIGLENT’s SDM instruments are dual display digital desktop multimeters that provide a rich and powerful feature set at an excellent price. This DMM family is well suited for production testing, R&D and certification work, as well as any place where an accurate and powerful full-function DMM is needed. These DMMS are simple to use either from the front-panel or via computer-based control with USB or LAN. They feature numerical data display, histograms, trend charts, bar charts and statistics, in addition to the built-in arithmetic functions including measurement statistics. Siglent’s SDMs are accurate, reliable, and dependable. 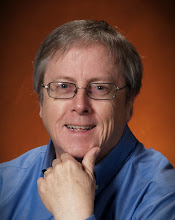